Cooperation with IT companies 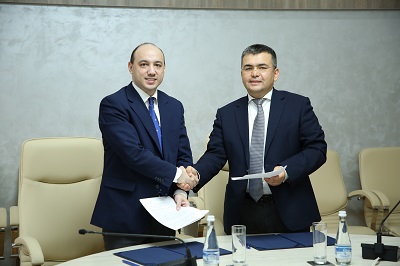 Westminster International University in Tashkent (WIUT) held a “DigiExcellence@WIUT” roundtable to establish tighter collaboration with the IT industry in Uzbekistan. During the conference, a Memorandum of Understanding (MOU) was signed among WIUT, the Digital Economic Research Center under the Ministry of IT and Communications (MITC) and leading Uzbek IT companies - Datasite, Epam Systems, VRonica, AppliedLabs, MyDigital and Fido-Biznes.

The aim of the MoU is to strengthen the parties’ cooperation in developing both the digital economy and e-government in Uzbekistan through sharing experiences, research and modern methodologies. It will also strengthen their cooperation in the field of IT and facilitate the implementation of innovative projects in this area.

According to the Memorandum, mutual working visits and study trips will be organised for WIUT students as well as for the Digital Economic Research Center and IT companies’ staff. Advanced training courses on project management and business analytics will be held for the representatives of all parties.

Bakhrom Mirkasimov, Rector, WIUT noted that “One of the priority tasks of the Westminster International University in Tashkent is to train promising new talent for the future Uzbek labour market. In January 2022, WIUT will celebrate our 20th Anniversary and throughout these years, we have been paying particular attention to developing IT relevant courses, digital knowledge and skills”.

Bakhtiyor Sobirov, Head of the Department from the Digital Economic Research Center under the Ministry of IT and Communications (MITC), mentioned that, “We are keen to work closely with WIUT and are delighted to sign this Memorandum today which will help both parties to exchange research materials and to develop the digital economy further in this country. We hope for a productive future collaboration ahead.”

Published in WIUT News
More in this category: « OSCE visits WIUT First Tedx event at WIUT »
back to top