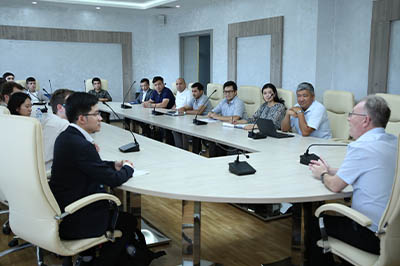 WIUT hosts London School of Economics student delegates from Grimshaw Club
WIUT held a meeting with student delegates from Grimshaw Club, the oldest student society of London School of Economics and Political Science (LSE). The purpose and aim of the visit of the student delegates was to gain insights of the development programs and cooperation of Central Asian countries, in particular Uzbekistan with China within the framework of the Silk Road Economic Belt project, widely known as the Belt and Road Initiative. After the opening remarks by Dr. Michael Clarke, the First Deputy Rector of WIUT, the meeting proceeded in a free-discussion format, where local experts shared their opinion and experiences on the questions raised by the student delegates. The meeting was conducted as part of the activities of the UNESCO Chair in Knowledge Economy at WIUT. 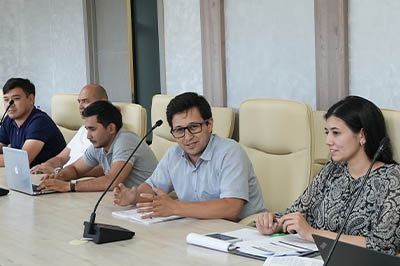 Published in WIUT News
More in this category: « WIUT held a Seminar on HR Analytics WIUT and HGU signed an MoU »
back to top