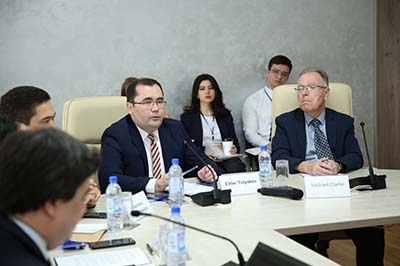 Westminster International University in Tashkent (WIUT) hosted the Central Asian Law Forum to discuss the dynamics of changes in legislation and new imperatives.

The current dynamism of law gains impetus from an evolving scale of legal reforms and this needs to be examined vis-à-vis its implications. This dynamism presupposes outlook on the law from the perspective of international standards, with pointing at the next stage of its development under the increasingly interdisciplinary and transnational character of contemporary law.

In his opening remarks Dr. Michael Clarke, First Deputy Rector on Academic Affairs of the Westminster International University in Tashkent mentioned that “This is an exciting period in Uzbekistan’s history. The country is decreasing its legal barriers and is setting up free economic zones. The key reforms that are taking place require commercial law key legislation and for this reason we are holding here today the important Central Asian Law Forum.”

Mr. Eldor Tulyakov, Executive Director of Development Strategy Center of Uzbekistan noted that “The Central Asian Forum is a very important event, coming at a time that Uzbekistan is reforming many of its laws, including trade and customs legislation. In the last 5 years more than 311 laws, 2,000 Presidential Decrees and 3,000 Cabinet Decrees have been adopted leading to an increase of business as well as an increase of foreign direct investment which has tripled with more than 9,000 investment projects being implemented.” 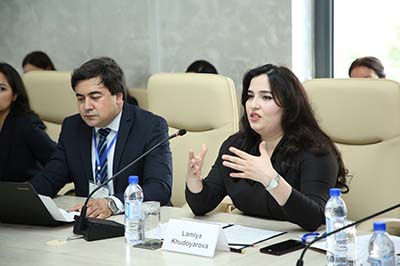 During the Forum the participants addressed the correlation of the mainstream developments in the industry, technology and professional practice with the legal standards in place, that are also in a state of flux, as well as the effect of a new generation of law on social reality. It includes important areas of international trade and investment, corporate governance and corporate social responsibility, law & technology, green finance, and other contemporary areas of inquiry.

The Forum was an opportunity to construe a broader picture of the next generation commercial law domestically and regionally, in light of international standards and practices across the disciplines, in synergy with industry and legal practice.

A number of local and international Professors of Law and legal practitioners participated in the Forum which took place in hybrid form on WIUT’s campus in Tashkent.